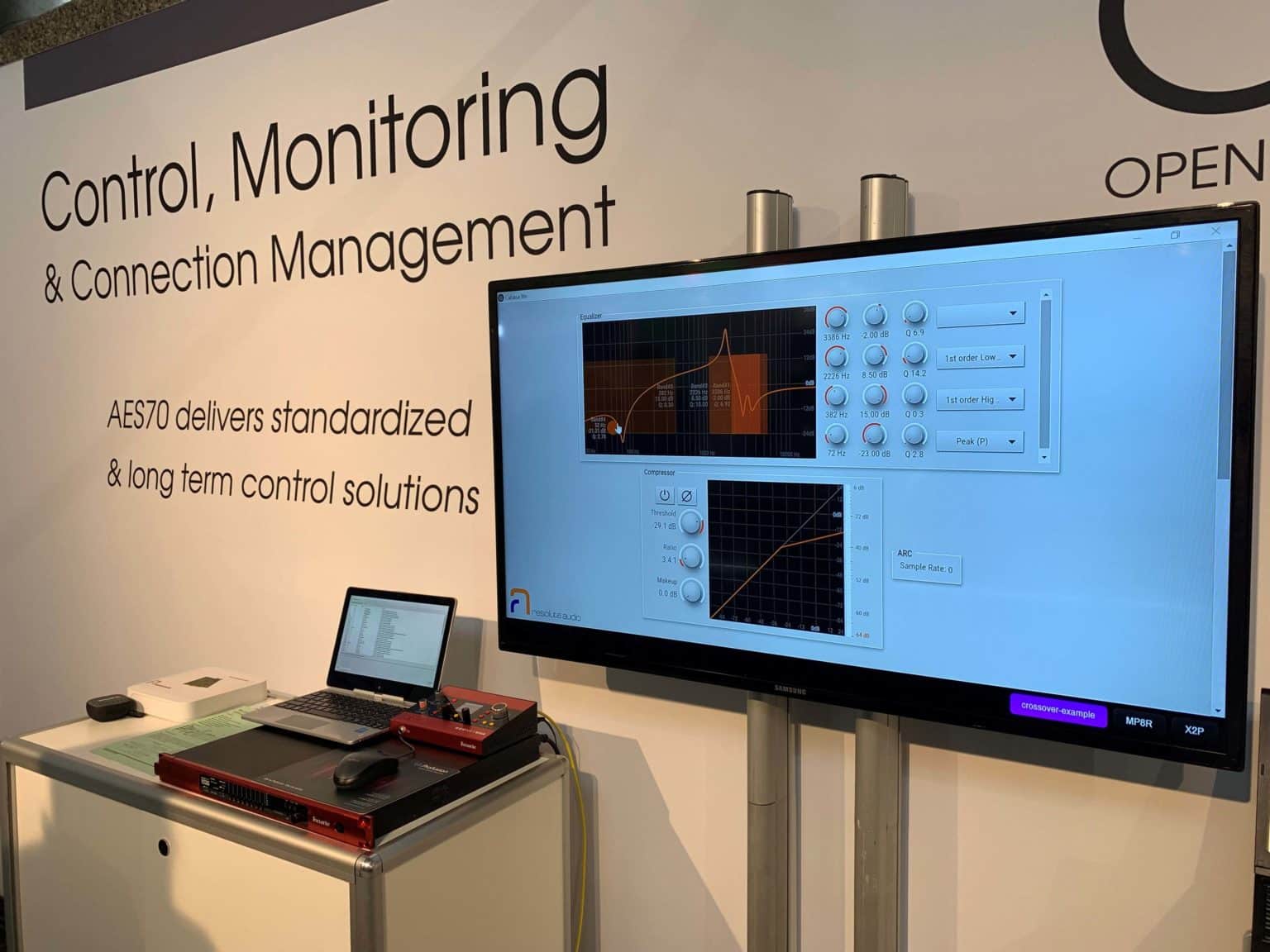 With new features that are supportive of decentralised and remote production, the AES70 network control standard seems poised for a new level of recognition in broadcast with its latest update, writes David Davies.

It would be fair to say that, in the modern era of networking, it has tended to be transportation technologies that have dominated the industry discussion. For instance, during the 2010s, there was considerable coverage of the multiple audio-over-IP technologies that promised to give customers a more flexible future in terms of transportation and connectivity. Indeed, the options were ultimately so extensive that the the Audio Engineering Society (AES) introduced a standard, AES67, that provided a significant level of interoperability between existing IP audio technologies.

There is no doubt that AES67 has been a sizeable hit. Its incorporation into the SMPTE ST 2110 IP media standards suite and adoption by manufacturers across the board are proof of that. But even when AES67 was first published in 2013, there was a general recognition that another important piece of the puzzle – network control and monitoring – would also have to be addressed with a widely-accepted standard.

The AES’ response to this was the AES70 standard, which was based on the Open Control Architecture (OCA) developed by the OCA Alliance from 2011 onwards. Eventually published as AES70 in January 2016, the standard provides a specification for device control, monitoring and connection management. Like AES67, AES70 is intended to work with a wide variety of IP-based technologies, but does not have a transportation element.

Possibly because of the attention given to the transition from legacy transportation technologies to IP, it’s not always been easy to ascertain the evolution of network control in recent years. But as Ethan Wetzell, marketing committee chair at the OCA Alliance and platform strategist at Bosch Communications, indicates, AES70 has been gradually gaining momentum through its original version and two subsequent updates, AES70-2018 and now AES70-2022.

“Commercially, AES70 has established a respectable market presence and adoption uptake with dozens of products available from multiple manufacturers,” says Wetzell. “However, it is still early days and adoption of control standards is a process that can realistically take time. It is off to a great start, but it is just the beginning.”

Describing the previous version, AES70-2018, as a “mature standard” that has provided the basis of commercial products, Wetzell says that the 2022 update is “focused on extending and adding functionality, improving ease of use for adopters, and evolving the standard in ways that build upon the existing design’s established and stable state.”

Accordingly, the improvements are in large part geared towards improving ease of deployment across different system types. Jeff Berryman, technical committee chair of the OCA Alliance and senior scientist at Bosch Communications, explains they include “new and improved media stream connection management features and standards, [such as] methods for managing media connections in MILAN and ST 2110 systems. The second change I would highlight is a set of features for controllers to manage, upload and download large data blocks, eg. media files (including recording and playback features), log files, device-specific files, and so on. Finally, we have added powerful support for saved parameter settings (aka ‘presets’) and pre-defined command sequences (aka ‘scripts’). This provides substantial system functionality for complex systems and devices.”

To date, the flexibility of AES70 has perhaps been best illustrated by its use as both a primary control technology and a parallel complement to existing control solutions. Looking ahead, it seems the OCA Alliance regards the technology as an enabler of more versatile broadcast infrastructures in which the cloud and remote production play an ever-greater role.

“For both commercial and technical reasons, the future of broadcast audio production is in IP-based facilities with integrated workflows that may include cloud-based processing,” says Berryman. “These facilities will often be decentralised and include contribution from remote locations that are not professionally managed, such as home offices. The successful operation of such facilities will depend critically on the ability of broadcast directors and engineers to control and monitor the production equipment – including both physical and cloud-based virtual devices – remotely. AES70 is currently the only available professional protocol that is sufficiently feature-rich, reliable, and multivendor-friendly to support this.”

AES70 is already supported by a broad spectrum of leading manufacturers, including Focusrite, RTS, Bosch, DYNACORD and d&b audiotechnik (a full list of products can be found at the OCA Alliance website). Noting the technology’s recent inclusion in the prestigious RH Consulting Networked Audio Products report, Wetzell says that “awareness of AES70 is gradually spreading through the industry”. Nonetheless, the OCA Alliance is now advancing plans designed to make AES70 more appealing to a wider cross-section of companies.

The OCA team is also observing the ongoing trajectory of Audinate’s Dante media networking technology and the Networked Media Open Specifications for networked media developed by the Advanced Media Workflow Association – and, specifically, how AES70 might intersect with these developments in future.

“In the medium-term, we are closely watching the emerging requirements for the industry where AES70 is poised to offer a solution,” says Berryman. “These include [provision of a] connection management standard for Dante streaming audio, interoperation with the AMWA NMOS family of control specifications, spatial and object-based audio control and monitoring, and others. There is a lot of exciting work to do – watch this space!”

The OCA Alliance is a not-for-profit corporation formed to promote and support the AES70 standard for Open Control Architecture (OCA) as a media networking system control standard for professional applications.